I was on the road recently as drummer for a well-known band, and someone came up to me backstage and asked if cymbals were a necessity for a drum kit. My answer was an emphatic “yes!”

To me, cymbals are musical exclamation points. They also add character, emotion and groove to a song.

Then it dawned on me that I should back up that statement with examples of drummers who are/were master cymbalists. So I browsed through several forums, such as Drumforum to gather information, as well as researching many other sources.

The result is an article that will inform you about six famous cymbal players who are considered to be virtuosos. I’ve provided details about:

Let’s dive into the biography of people who have changed the attitude to cymbal playing.

The late Tony Williams was a jazz drummer who is considered to be the master of ride cymbal playing. (A ride cymbal is typically the biggest cymbal in a drum kit and “rides along” with a steady, rhythmic pattern.)

He is also renowned for his work on the hi-hat, hailed as making sounds that had never been heard before.

Williams’ talent was so exceptional that sax player Sam Rivers hired him when he was only 13. At 17, the prodigy began playing with the legendary Miles Davis. In Davis’ biography, he said that Williams’ playing was, “the center that the group’s sound revolved around.”

In 1969, his band, the Tony Williams Lifetime, pioneered jazz fusion. His revolutionary playing incorporated inventive use of metric modulation (the illusion of shifting to a new tempo) and polyrhythms (more than one type of rhythm played at the same time).

In 1986, Williams was inducted into the Modern Drummer Hall of Fame. He also won a Grammy Award for Best Instrumental Jazz Album in 1995.

“There ain’t but one Tony Williams when it comes to playing the drums,” Miles Davis proclaimed. “There was nobody like him before or since.”

His manager, Greg DiGiovine, also had high praise for his client: “He had accomplished so much and he changed the style of drumming so dramatically that everyone was hard-pressed to understand or catch up to him, even today.”

Williams was adamant that fledgling drummers shouldn’t rush into trying to sound unique: “People try to get into drums today, and after a year, they’re working on their own style. You must first spend a long time doing everything that the great drummers do.

“Then, not only do you learn how to play something, but you also learn why it was played.”

The next drummer breathed life into big band drumming.

Mel Lewis was a big band jazz drummer known for getting a huge spectrum of sound from each of his cymbals and for intuitively knowing the exact cymbal to play at any part of a performance.

Playing live and in the studio, Lewis also worked with jazz luminaries including Terry Gibbs, Gerald Wilson, Miles Davis, Dizzy Gillespie and Benny Goodman. He also formed his own big band orchestra with Thad Jones, and became the band’s solitary leader when Jones inexplicably left the band and moved to Denmark. In recognition of his exceptional contributions to music, Lewis was honored with 14 Grammy Award nominations. In 1978, he received a Grammy for the album, Live in Munich, by the Thad Jones/Mel Lewis Orchestra.

Chris Smith, author of The View From the Back of the Band: The Life and Times of Mel Lewis, marveled at Lewis’ revolutionary technique: “Mel’s light touch bebop comping, and ability to support the ensemble without overplaying, began setting a new standard of big band drumming.”

On Amazon.com, Joshua Carson admiringly reviews the Thad Jones/Mel Lewis CD, All My Yesterdays, saying, “Thanks to…Mel Lewis’ consummate, almost psychic rhythmic support…the band was both innovative and capable of anything.”

Check out the video below, in which Lewis demonstrates that the drums are legitimate solo instruments in their own right.

A true craftsman, the next musician has taken ride cymbals to new, uncharted levels.

Brian Blade has said that “the beat is the internal dance, and only the cymbal can make that groove happen.” His ride cymbal work flawlessly demonstrates this.

Blade makes sure that the cymbals have a strong identity in his intuitive live performances and studio work. Known for cheetah-fast reflexes, he is capable of playing rhythms in extreme detail.

Blade started playing the violin at age nine, but switched to drums in his teens and moved from Shreveport, Louisiana to New Orleans after high school.

Blade is also leader of the Brian Blade and the Fellowship Band and is a member of the Wayne Shorter Quartet. Impressively, he has recorded over 150 albums and singles.

In 2016, he had the distinction of playing at the White House as part of the International Jazz Day Global Concert.

His talents have garnered plenty of accolades throughout the jazz community. Ryan Shaw of Learn Jazz Drums says, “Brian Blade is one of the best drummers alive and absolutely one of the best ever.

“His sense of time, his swing feel, his musicality, his dynamics and even his chops are unmatched. He truly brings whatever music he plays to a whole other level.”

Josh Teitelbaum of the 180drums blog enthusiastically agrees: “Brian Blade can do it all. As one of the most versatile drummers on the planet, he can swing his butt off, and then throw down a groove and sit in the pocket like no other. The conviction that Brian Blade plays with is undeniable.”

Check out this video of Blade in an amazing blur of motion… and enjoying the heck out of himself!

Blade has some sagely advice for rookie drummers: “Record yourself all the time. Then listen back and see what needs work.

“Listen for balance and sound.

“Also, that Bar Mitzvah at the Holiday Inn – take the gig! Keep playing, put yourself in situations and listen.”

Next is a drummer who raised the bar for hi-hat playing.

Carter Beauford of the Dave Matthews Band works magic with his cymbals, particularly his hi-hat. He blends myriad grooves and wicked syncopation into his hi-hat work.

Beauford is also one of the most famous cymbal players to use open-handed drumming. (Open-handed drumming is a technique in which the drummer doesn’t cross hands when playing the hi-hat and snare.) He can also play ambidextrously.

Beauford was barely out of diapers when he felt the calling to become a drummer. When he was three, his dad took him to a Buddy Rich concert and he became entranced with the musician.

He wasn’t kidding. By age nine, he was playing in a jazz fusion group with a local legend, Big Nick Nicholas, who was friends with John Coltrane.

He ended up in a Richmond, Virginia jazz fusion band called Secrets, and from there he went on to join forces with Dave Matthews.

Beauford has lent his talents to albums by luminaries including Carlos Santana, Vertical Horizon, Blues Traveler’s John Popper, Victor Wooten and Rashawn Ross. As of 2018, the Dave Matthews Band sold 38 million CDs and DVDs, and their 2018 release, Come Tomorrow debuted at No. 1 on the Billboard Charts. They also have numerous mega-platinum albums.

Dave Matthews had this to say about his bandmate: “He’s a very intelligent musician and a craftsman of his instrument. There are many musicians who are able to show everything they can do, but there are not very many who can make you understand what they are doing.”

In the Sonicbids blog, Jesse Sterling Harrison enthuses, “He has the ability to go from backbeat to powerful solo to tasteful ambience, all within the same song.”

Want great ride cymbal and snare work? The next drummer did it all — with a smile.

Billy Higgins, also known as Smiling Billy because he was always grinning when he played, was a revolutionary, free jazz drummer known for his airy cymbal sound and agile rhythmic style.

He played with the trailblazing Ornette-Coleman quartet that started the free jazz revival.

Higgins was merely 12 years old when he started playing. Only seven years later, he joined forces with R&B greats such as Bo Diddley and Amos Milburn and with singers including Jimmy Witherspoon, Brook Benton and Sister Rosetta Tharpe.

He became a highly in-demand sideman, recording with jazz sensations including John Coltrane, Thelonious Monk, Pat Metheny, Hank Mobley, Donald Byrd and countless others. He is said to be the most-recorded drummer in jazz history, appearing on 700 albums.

This prolific output garnered him several awards. In 1988, he, Herbie Hancock and Wayne Shorter won the Grammy for Best Instrumental Composition for the song they wrote for the film, Call Sheet Blues.

Higgins also won Down Beat magazine’s New Star of the Year Award in 1961.

His peer, jazz drummer Ralph Peterson, expressed reverence for Higgins: “He advanced the vocabulary by representing the highest examples of the combination of drive, swing and relaxation and dynamics.”

Bassist Ron Carter shares that sentiment: “Billy Higgins was the drummer of the 20th Century who put the music back into the drums. He always played the form, and he was aware not only of the soloists, but also of his rhythm section mates.”

He gives this advice to budding drummers: “You learn to be in context with the music and interpret. Most of the drummers that are working are people who know how to make the other instruments get their sound.

“They still bring out the essence of what the other musicians are playing. You try to add your part, but the idea is to be part of the music and make it one.”

The next musician completely “clicks” with his drum set. Bill Stewart is a self-taught jazz drummer who pioneered the “click” technique, where the stick rocks back and forth like a see-saw and produces a clicking sound against a ride cymbal. His unique playing has a layered, polyrhythmic sound.

Self-taught, Stewart began playing drums when he was only seven. He crossed paths with jazz icon Dizzy Gillespie when he was at a summer music camp in high school.

While attending college, he met his future collaborator, saxophonist Joe Lovano and also made his first recordings.

Later, he moved to New York, and his career began gaining traction. He played with John Scofield’s quartet and in a trio with Peter Bernstein and Larry Goldings.

The drummer has recorded more than 100 albums.

These awards are don’t surprise Pat Metheny: “He is always aware of the music as a whole and is always making great decisions about all the different ways he can keep the music moving forward.

“His minute-by-minute listening skills, his incredibly evolved sense of form and tension/release make him one of the most impressive musicians, not just drummers, I have ever played with.”

Ken Micallif of Downbeat raves, “There are many reasons Bill Stewart remains one of the greatest jazz drummers on the planet. His interpretive skills practically are without parallel, his ride cymbal is one of the biggest and most hard-swinging anywhere and Stewart’s melodic ideas are consistently singular.”

In the video below, Stewart gives insightful commentary about his craft, as well as laying down some masterful cymbal work.

Stewart succinctly reminds drummers that their playing doesn’t always have to be bombastic: “The subtle things in music are what make it even stronger.”

Listening to these six famous cymbal players was a revelation to me. They have an extremely high level of musicianship, and they make it look so easy and effortless.

They gave me a benchmark to try to reach in my playing, and I hope they’ll do the same for you. 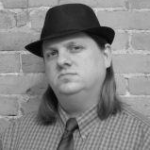 Joe Barnes is an established artist and recording engineer. With many years
experience in professional recording as well as over 30 years playing drums, his interests in music continue to develop. Being a drummer, percussionist, and keyboard player has also helped him to better understand how to compliment other players in both studio and live performance.